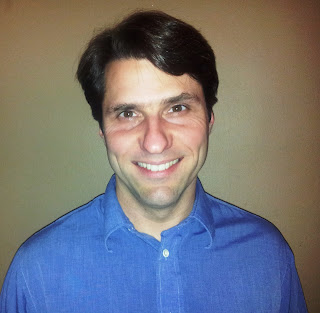 Andrew Conry-Murray was born in Boston, MA, and lived in the area until age sixteen, when his family moved to New Jersey, and then to California. He attended Caldwell College, where he met Scott, his co-writer of Wasteland Blues, their first novel with Dog Star Books. After college, Scott and Drew moved to Boston. He earned a master’s degree in education from Boston College, but decided not to go into teaching.

In 1998 Drew got married and moved back to California because his wife was starting a Ph.D. program at Berkeley.

He got a job as an editor at a technology magazine for IT professionals. Over time, he moved up from editing to full-time writing. The company was acquired a couple of times, and he stayed on through each iteration. He's now editor of a technology website called Network Computing.com.

He and his wife lived in California for eight years, and both their sons were born there.

In 2006 they moved to Rochester, NY, where his wife got a post-doctoral position at the University of Rochester. They spent two years there before moving to Pennsylvania, where they currently reside.

Posted by Heidi Ruby Miller at 7:24 AM