STEEL VICTORY
Dog Star Books is pleased to announce we have signed a deal to release J.L. Gribble’s debut novel Steel Victory in 2015.

Originally a thesis novel from Seton Hill University’s Writing Popular Fiction graduate program, Steel Victory is an alternate-history urban fantasy. The independent city-state of Limani is beset from within by human separatists and from without by the territory-hungry Roman Empire. The city’s lone vampire and her adopted warrior-mage daughter must join forces with the other supernatural creatures of Limani to defend their city, their culture, and their very lives. 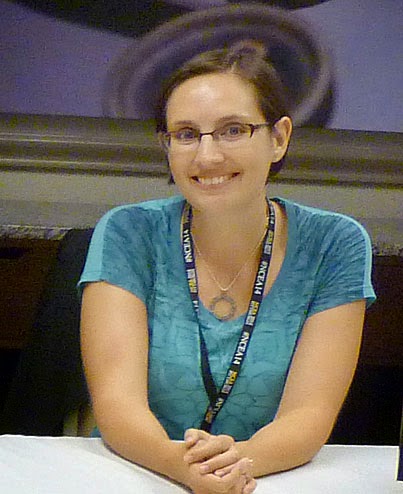 J.L. Gribble is fascinated by the construct of the English language. By day, she is a full-time medical editor, in which she wrangles authors and translates medico-babble into something coherent. On the side, she does freelance fiction editing in all genres, along with reading, playing video games, and occasionally even writing. Most recently, she was co-editor of Far Worlds, a speculative fiction anthology.

She lives in Ellicott City, Maryland, with her husband and three vocal Siamese cats. Find her online on Facebook (http://www.facebook.com/jlgribblewriter) and Twitter (@hannaedits).
Posted by C.G. at 9:00 AM