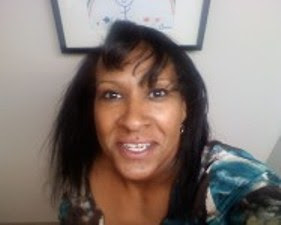 K. Ceres Wright
Daughter to a U.S. Army father, K. Ceres Wright has lived in Anchorage, AK; Chicago, IL; Baltimore, MD; Frankfurt, Oberursel, and Munich, Germany; Seoul, Korea; and the Washington Metropolitan Area. She attended undergraduate school at the University of Maryland, College Park, with a double major in economics and finance, then worked for 10 years as a credit and treasury analyst before deciding to change careers.

Wright received her Master's degree in Writing Popular Fiction from Seton Hill University in Greensburg, PA, and COG was her thesis novel for the program. An accomplished poet, Wright's science fiction poem "Doomed" was a nominee for the Rhysling Award, the Science Fiction Poetry Association's highest honor. Her work has appeared in Hazard Yet Forward; Genesis: An Anthology of Black Science Fiction; Many Genres, One Craft; and The 2008 Rhysling Anthology.

She currently works as an editor/writer for a management consulting firm and lives in Crofton, MD, with her son, Ian, and daughter, Chloe. Visit her website at http://www.kcereswright.com and find her on Twitter @KCeresWright.