Get to Know K.W. Taylor 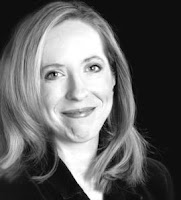 Dog Star Books welcomes K.W. Taylor! K.W. is the author of the Sam Brody urban fantasy series, about a dragonslaying disc jockey (The Red Eye and The House on Concordia Drive, both published by Alliteration Ink). She has short stories in the anthologies The Grotesquerie (Mocha Memoirs Press, 2014), 100 Worlds (Dreamscape Press, 2013), Sidekicks! (Alliteration Ink, 2013), Touched by Darkness (Etopia Press, 2012), and Once Bitten, Never Die (Wicked East Press, 2011), as well as many print and electronic magazines. Taylor holds an MFA in Writing Popular Fiction from Seton Hill University. She teaches college English and Women’s Studies in Ohio, where she lives in a restored nineteenth-century home with her husband and the world’s most rambunctious kitten. The Curiosity Killers is her first science fiction novel. She blogs at www.kwtaylorwriter.com and is hard at work on The Girl with Mechanical Wings, the second volume of the Jonson’s Exotic Travel series.

Tell us about your first Dog Star release!
Dog Star is publishing my novel The Curiosity Killers this spring. It’s my first foray into science fiction, having done largely urban fantasy and horror up to this point. The Curiosity Killers is a time travel novel about a historian and a physicist who run a travel agency that, instead of sending people to exotic places, sends them back in time instead. There are a lot of classic historical unsolved mysteries at the heart of the book, most prominently Jack the Ripper, the Mothman, and the lost colony of Roanoke, and it features Wilbur Wright as a supporting character.

Who and what were your influences for this book?
I’ve always loved time travel fiction, both in literature and in media. While some people of my generation think of the original Star Wars trilogy as their SF cultural touchstone, mine is the Back to the Future trilogy. I also grew up watching Unsolved Mysteries and was fascinated with the idea that being able to time travel to the scene of an unsolved crime or disappearance or other mysterious happening and simple observation would unravel all these loose threads of history. While this obviously isn’t literally possible, we can still postulate and observe and draw interesting conclusions, or simply make up our own theories. I also live in Dayton, the hometown of the Wright brothers, and the original idea for the book was a sort of League of Extraordinary Gentlemen concept with both brothers inventing time travel and then going on adventures together. As I developed the storyline, though, I grew more interested in linking the past and the present and Orville’s role diminished in the editing process. Twenty-second century historian Ben Jonson is the protagonist, as I wanted to explore someone in an academic field similar to my own who struggles between scholarship for its own sake and applying that scholarship to something more hands-on. For me, that struggle is between literary analysis and the performative act of creative writing, while for Ben it’s the struggle between being an observer of historical events and actively time traveling to participate in or change them.

Describe your writing process, especially for this manuscript.
I wrote this book as my thesis project for my MFA degree, though one chapter near the middle began life as a standalone short story in 2011. Because it was originally an academic project, the process of writing and revision took a lot longer than for other works of mine; my 2014 novelette The House on Concordia Drive, for instance, went from first draft to revision to publication in a little over a year, whereas The Curiosity Killers was obviously more ambitious in so many ways. I also had to do a ton of historical research, especially on the Wrights and on all the various mysteries I cover. I can tell you way more than you ever wanted to know about the D.B. Cooper hijacking or about the Black Dahlia, because even if I didn’t deal with a particular mystery more than in passing, I still read a ton to prepare. I don’t usually need to do quite so much research on a more contemporary piece. So the writing process was generally done in fits and starts and binge sessions a few times a month in between tons and tons of research reading. I also took the entire manuscript apart in several ways; due to the non-linear nature of telling a time travel story, I had to reduce my reliance on flashbacks so as not to confuse the reader. I usually love flashbacks and for a more straightforward piece without a lot of literal time hopping, using them sparingly is not often a problem. Here, I was color coding and shifting and moving scenes and entire sections of the book around even up to a few weeks before submitting my final manuscript. One of my thesis advisors, the SF author Heidi Ruby Miller, was so helpful in guiding me through the unique structural challenges of writing the time travel subgenre!

Why sci-fi/speculative fiction?
Instead of calling myself a “SF author” or a “horror author” or what have you, I’ve always just wanted to call myself a “speculative fiction” author. No matter what the specific genre, any work that starts out with posing the question “what if…” is something I want to read and, by extension, write. I think, too, that science fiction is uniquely useful as a genre through which an author can postulate ideas about sociological issues, political issues, and issues surrounding topics that are difficult to talk about, like race and gender. The Curiosity Killers can, I think, be read as a fairly straightforward adventure novel, with fun elements sprinkled in that tie it to larger SF traditions as well as a variety of subgenres (steampunk, dystopian fiction, and even science fiction romance), but I certainly think readers can take more from it, if they want.

What do you hope readers will take from this book?
I hope readers will see the book as a thrill ride with some layers to it. It’s fun for people who like neo-Victoriana, it’s fun for people who like aliens and weird creatures, and it’s fun for people who like a bit of thriller mixed in with their SF. But the other layers, which have varying levels of subtlety, deal with some difficult subjects as well. The setting for most of the action is a post-war, divided nation, with one country’s leader holding disturbing opinions about race, gender, and violence. I also handle the Jack the Ripper plot a lot differently than most works of either fiction or non-fiction, unflinchingly reminding the reader of the suffering of the victims, who were not Sherlock Holmes-esque plot devices in a cozy mystery but were real, flesh and blood women victimized by someone who clearly hated them for their gender. I think writing about these themes in the confines of mainstream, realistic fiction without a speculative bent could be hard to swallow or extremely painful, or even fail to be so inclusive in some ways, but speculative fiction can allow the writer to use allegory to make subjects like these more applicable to a wider range of social problems.

Can you leave us with a teaser?
A young man stood in the now-open doorway, studying her. He was of South-Asian descent and had wild dark hair and thick eyebrows. His velvet blazer looked soft to the touch but also somewhat frayed around the hems. His voice was deep, deeper than Violet imagined someone with his boyish looks would have.
Violet blinked. “Was I thinking out loud?” she asked the man as she stood up.
He smiled and nodded. “You wonder how we actually do the time travel thing, hmm?” He strode across the room and stretched a hand out to her. “I’m Jonson, Ben Jonson.”
Violet shook his hand. “You own this?” she asked.
“I own the building and the business,” he replied. “But my partner owns the tech.”
“Tech,” Violet said. “So . . . ”
“Yes. It’s true. My partner owns and operates a time machine.”
“You think so, but I’m a rational person, Mister Jonson. I have a really hard time believing that.”
“It’s easier to think I’m crazy?” Ben asked. “Go ahead. Sometimes I think I am, but I know too much.”

Connect with K.W. on Twitter @kwtaylorwriter and attend her Fiction with Limits workshop at the Broadkill Resort from April 15th to April 18th!
Posted by C.G. at 12:19 PM