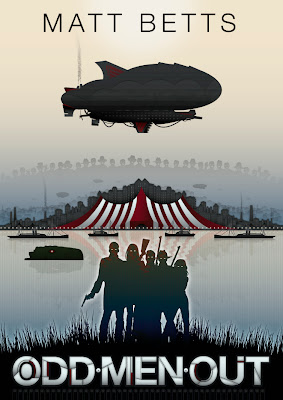 Fighting for survival in a post-Civil War America overrun by zombies, Cyrus and Lucinda join a military group called the Odd Men Out, and together they face a terrorist army from the North in a showdown over a weapon of enormous power.

Odd Men Out by Matt Betts

Many thanks to the following supporters who participated in the Odd Men Out Cover Reveal:

Posted by Heidi Ruby Miller at 3:57 AM